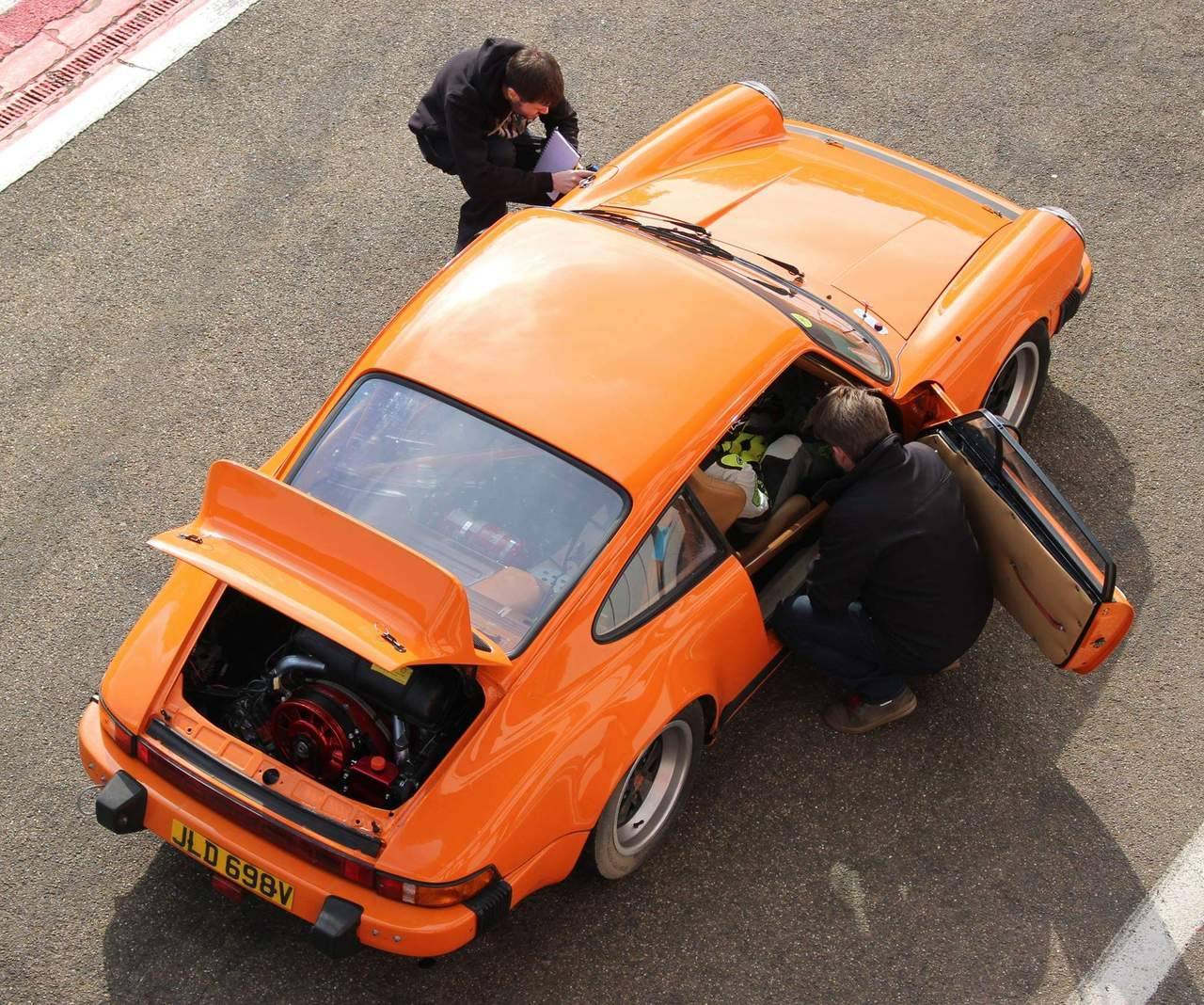 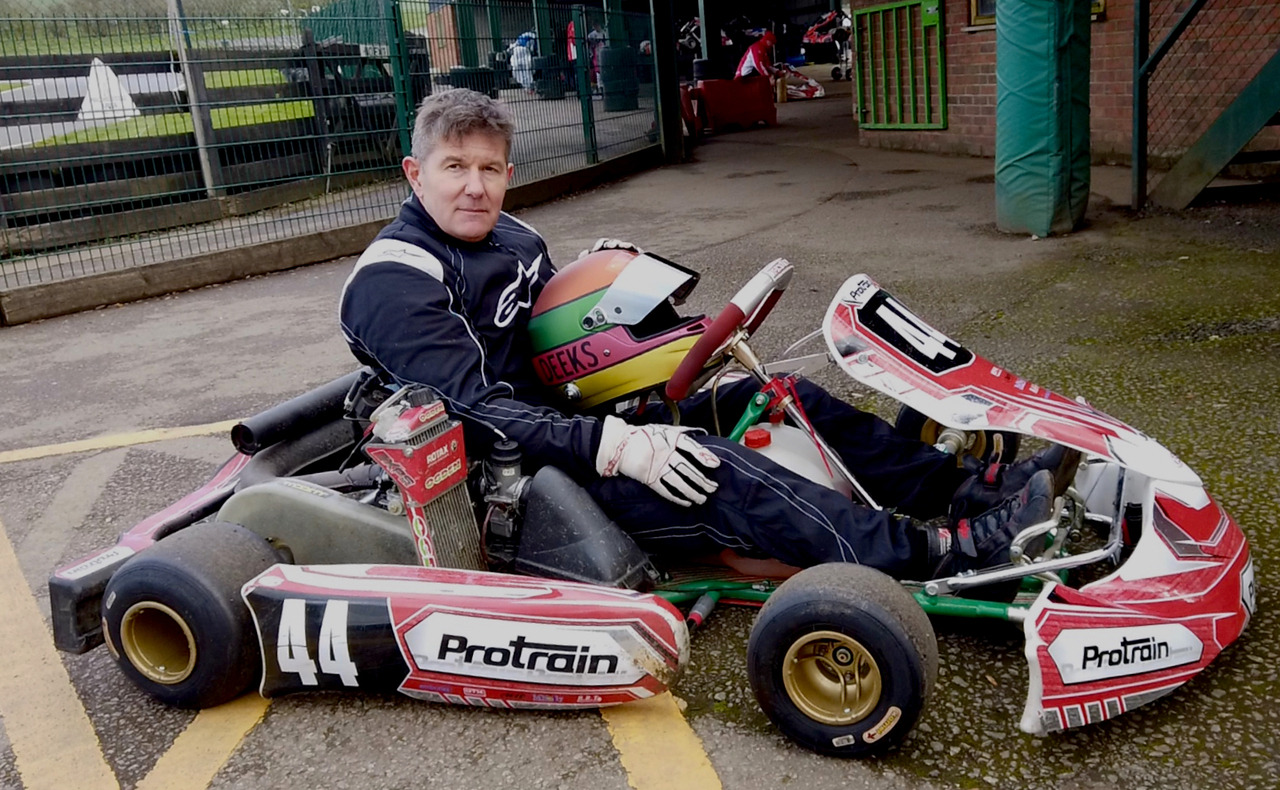 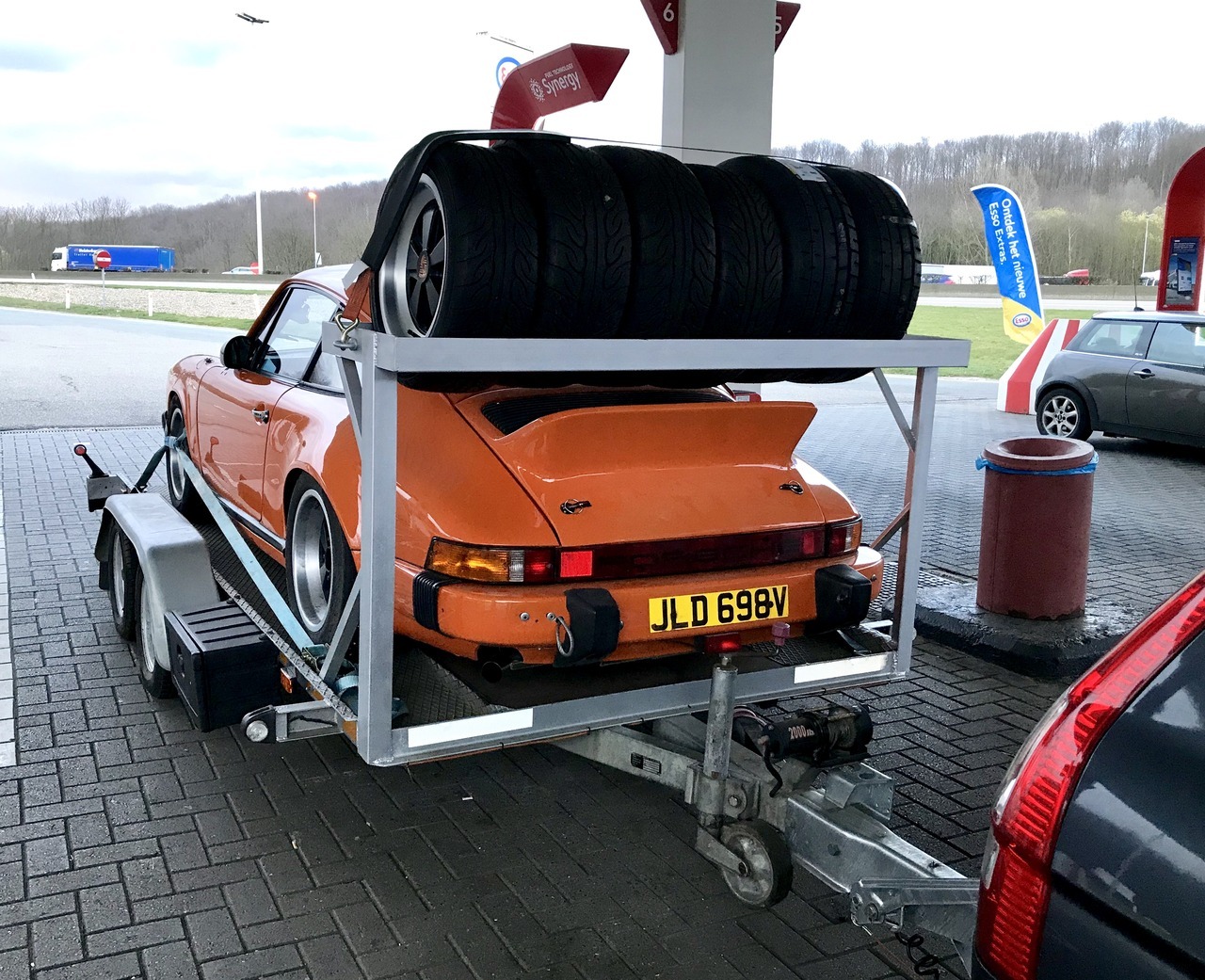 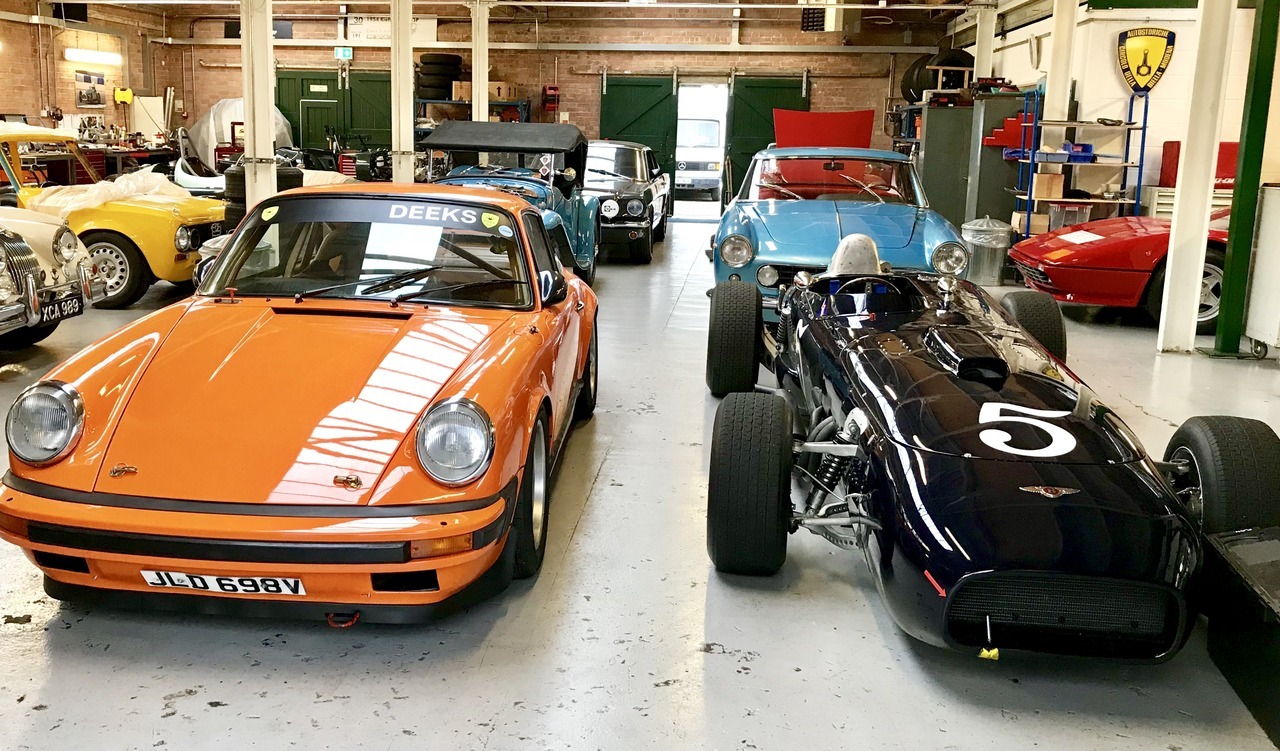 “Bicester Heritage - Zolder - Donington - Bicester Heritage. 48hrs of madness. Two ferry crossings, sixteen hours of driving, twenty laps on two very different former Grand Prix circuits, Some surreal moments - catching sight of a 16 inch Design 911 Fuchs shod with Pirelli Trofeo R in my rear view mirror, bouncing gaily away down a quiet suburban road on our Brussels city detour - every single British motorway being shut after midnight as we tortuously wound our way homeward, cross-country, the ‘SC’ rotating through the gravel on the third corner of the ‘out’ lap … all very strange indeed.”

Forty-eight hours after Haz, Mandela and I left ‘Classic Performance Engineering’ we were back - this time with the bright orange SC, ‘Drakar Kapp 01′ in tow, filthy from five hundred road haulage miles across Europe, and now, as we discovered during the shakedown, requiring some engineering work before race testing can start in earnest.

Make no mistake - the Viking’s build is outstanding - the car is unrecognisable from the derelict wreck that I delivered him around one year ago. And it pretty much performed ‘straight out of the box’ - though post-shakedown key issues to be resolved include braking; shifting - and an irritating misfire. Brakes, we think, on reflection, and the general lack of stopping power, are down to the rock-hard Monk-supplied wooden pads, shifting is probably a matter of adjusting the new ‘quick-shifter’ - the misfire maybe more complicated to resolve, but we are replacing battery, alternator - in fact anything that is a ‘carry-over’ from the Monk era. Including those damn pads. But none of these challenges  distracted from the fact that this is fundamentally a serious racing machine.

Mid-corner  the little orange dragon, gave a very good account of itself - Zolder was hard to call, I didn’t get enough running to really learn the track, but Donington Park showed me that this is a car that will carry speed. When I did manage to hook up a gear and nail the entry speed, the balance was delicious, very raceable. OK, we were below required ride-height, raising it may compromise grip, but the integrity of the balance? Mighty impressive - straight out of the Viking’s lair. More licks to come …

The gearbox is one of the few parts of Drakar Kapp 01 that hadn’t been apart - and the Viking and I, post-test, started to have our concerns. The decision was taken to source another one, and rebuild the original as a spare. That, was to prove somewhat difficult. These things have become rare - and horribly expensive. Especially for an unemployed classic racer. Eventually one of Stef’s Belgian friend came to our rescue - with a decent 915 box that my credit card limit could stretch to.

The Viking’s stripping and building the box as I type this. ‘Classic Performance Engineering’ are working on the misfire and braking issues. I’ve lashed out and bought an AIM device to read off MPH on corner exits - essential for vehicle set-up and development as I discovered during my Formula Renault years of ‘93 and ‘94. But, despite all of this industrious activity, we’ve today realised that Donington Park, and the testing schedule that accompany it, have come around too fast. We are just not ready, we’ve had to take a reality check.

We will debut ‘DK01′ at round two of the HSCC Championship - The Silverstone International Trophy meeting. And from this point onwards, the blogs will come thick and fast - I intend to document everything that goes into running a classic race car in a major National Championship - and a lot more besides. It will be a document of commitment to the cause - and a warning to anyone stupid enough to consider following in my footsteps.