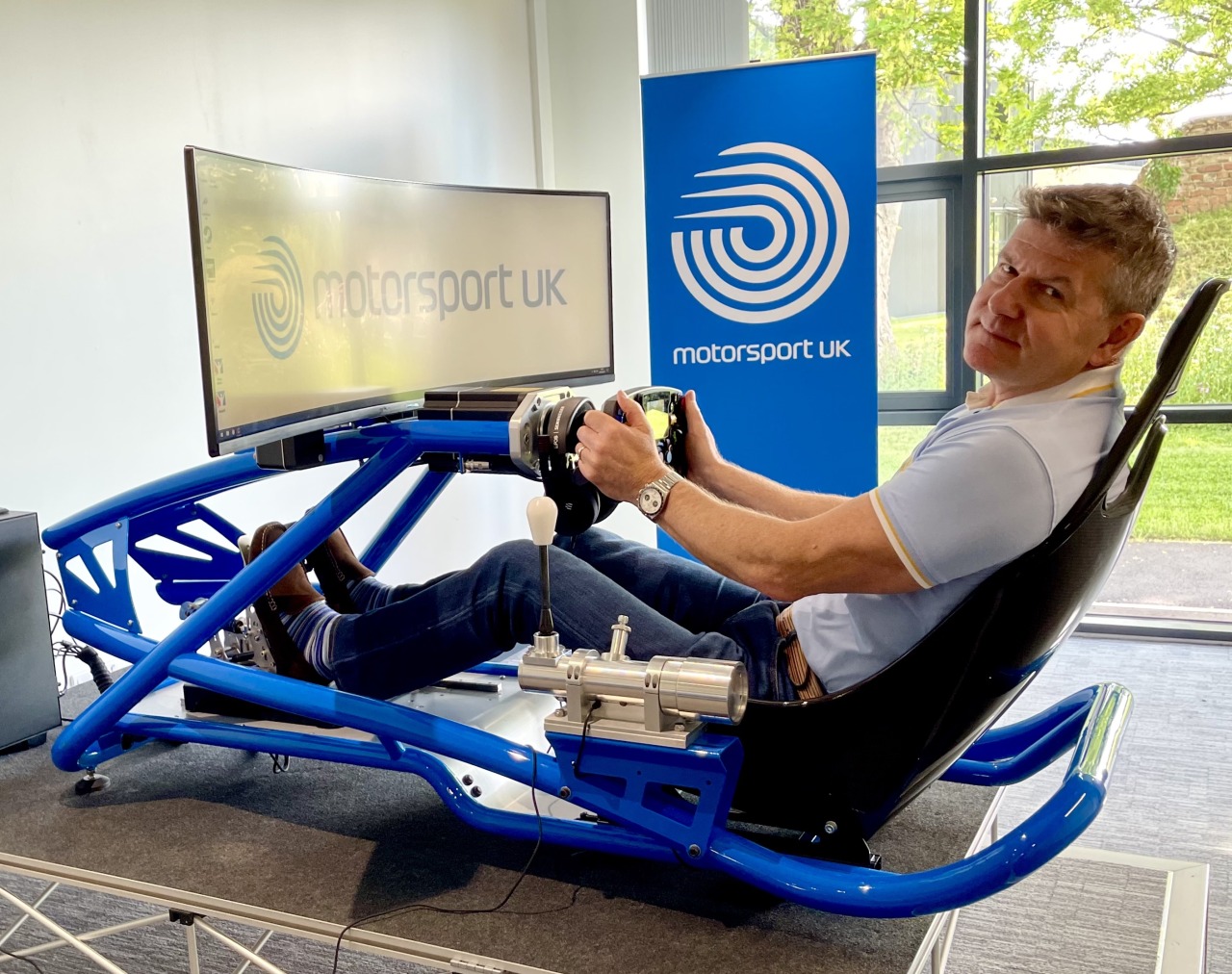 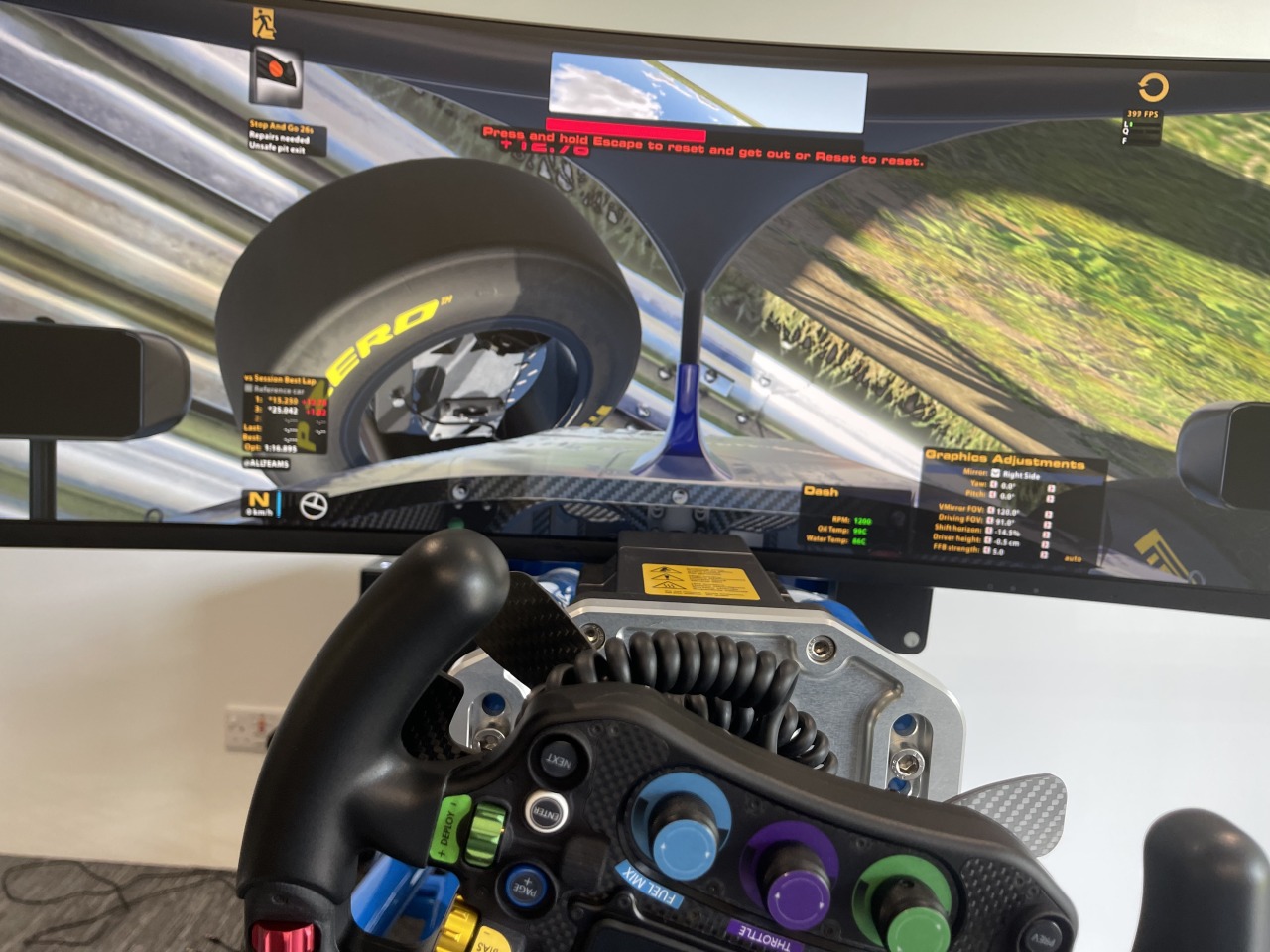 “This is an issue. Competitors are being killed. Injured. Forced out of the ‘sport’. For what? Ego? It is not racing, it is definitely not ‘sport’.”

And, most of all, it is not acceptable.

And it IS worse today than it was in the eighties and nineties.

And that is NOT rose-coloured glasses. I was there, both times. And today.

Having rejoined Silverstone, steering the ARDS programme, and joining the ARDS board of directors as Silverstone’s representative, it is absolutely my remit to get involved here. Because, since I retired from full time racing in 1998 - then again in 2002, the standard of driving - and attitude - has darkened measurably.

Cards on the table here, I’ve made moves in my earlier ‘career’ that I am not proud of. A combination of being overly-psyched, determined to get to the front, under pressure from sponsors for results - under pressure from MYSELF to get results - meant that I made some pretty reckless moves. Some, fairly high profile - hitting bridges, carrying the BBC Grandstand onboard camera, starring in ‘Havoc’ videos (and hospital wards), stopping races - I’m lucky to still be here. I saw racer’s lives ebbing away - Andrew Coulson in Formula Renault in 1993 at Oulton Park comes to mind - saw things I will never forget. Despite it all, I still love the sport.

But, coming out of retirement in 2015, briefly, woke me up to the changes. My first test day in a borrowed Aerial Atom on the Grand Prix circuit at Silverstone saw an out of control ‘gentleman’, (sic), driver in an Aston GT4 outbrake himself, and run hard into the back of ‘my’ car, ( - then later that same afternoon totally destroy both his Aston and a visiting Lamborghini Trofeo at Maggots …). imbecilic driving, truly. Silverstone marshal’s had to stop the apoplectic Italian Lamborghini driver from delivering retribution. For what gain?

What had really changed? Rich trackday warriors in powerful GT4 cars stuffed with driver aids - successful businessman, with no time nor ego to serve their apprenticeship in low powered cars whilst they built up their skill sets, and muscle memories. Teams so desperate for the dollar they were prepared to kid these same people on that they were ready for 450 BHP, or an evil-handling powerful ‘historic’, professional sim builders and facilities who allowed delusional novice drivers to build their hours to the point they really believed they were - are - ‘ready for action’. And a sport that worries so much about making the point of entry ‘accessible’, that any consideration of paid for ‘tuition’ or ‘education’ is a taboo topic - because of a ‘barrier to entry’.

Having become involved in F1 Esports as twice-World Champion Brendon Leigh’s coach and mentor, and having in 2008, presented the ‘GTA Academy - Bedroom Gamer to Le Mans’ TV programme, I know EXACTLY  the value of sims. As an ‘ADD ON’, ‘NOT IN PLACE OF’.

When I made that very first ARDS video, way back in, maybe 1993, (?), I remember spending a whole weekend sifting through BHP’s VHS 🤣 motorsport videos picking the sections I wanted to use in my ‘how not to …’ part of our training video. Scroll forward, 2022, apparently you cannot use clips like that anymore, it offends people - so, Motorsport UK rather cleverly enlisted the sims they have bought for their academy, to remake the scenario - only with a better scenario outcome.

Let’s be clear here: I watched the ORIGINAL footage with some trepidation. These, by and large, were not competitors driving on the limit disputing race places that would affect the outcome of a championship. For the most part they were minor places, albeit, in important championships - certainly to the drivers. But they WERE ridiculous shunts. And, once or twice, shunts that could easily have been catastrophic. In my era, I remember a Formula Ford driver being rolled and having his head crushed fatally by the Snetterton armco barrier. One of these exact example shunts could easily have ended that way. Props to the drivers concerned for lending us the onboards, that takes balls. Thank you gents.

Paul Crawford, Motorsport UK’s very experienced Esports Manager and I re-ran the scenarios on the sims, in each case scripting a better outcome. Better financially too - I reckon we saved about £500k of damage with our preferred scenarios. And all the competitors finished.

Listen, we all make mistakes. Me more than most. And returning to race at my advanced age, albeit only in a ‘classic’ way, I’ll make more. But a lifetime of experience, losing friends on the racetrack, seeing a thousand cars and dreams wrecked, has made me focus on my sport - and our business.

We ALL need to work to make it better. That’s all of us. Keeping it clean requires a mentality reset, not just drivers - teams - officials. Especially including myself. We all have to commit to it. And work at it.

Banger racers have it sussed - they do not spend hours at the paintshop, ordering parts, applying sponsor’s vinyls, setting up suspension to the nth degree. We do. And we are travelling at twice the speed. It’s going to hurt, and its going to be expensive.

There is another way 🏁