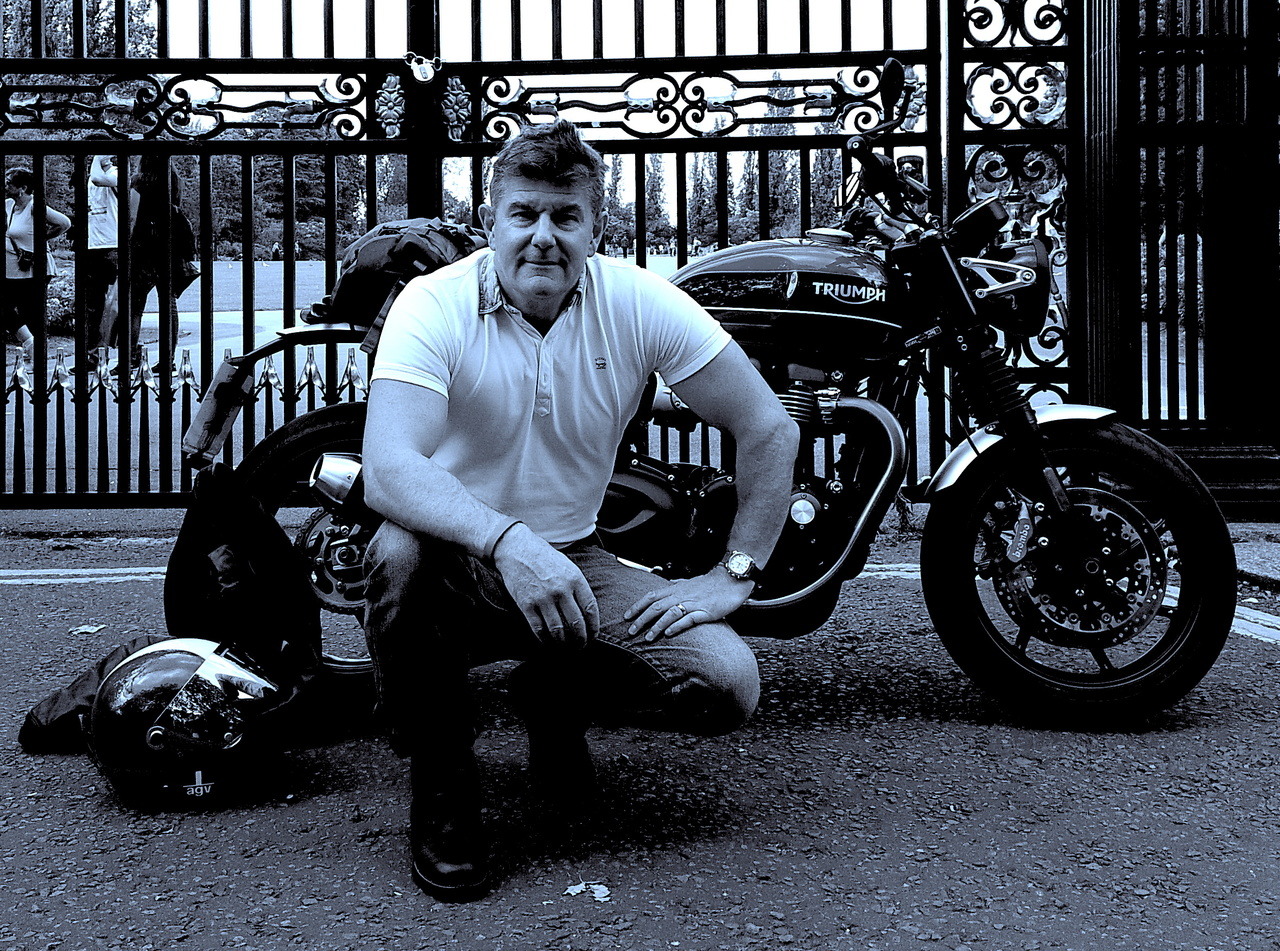 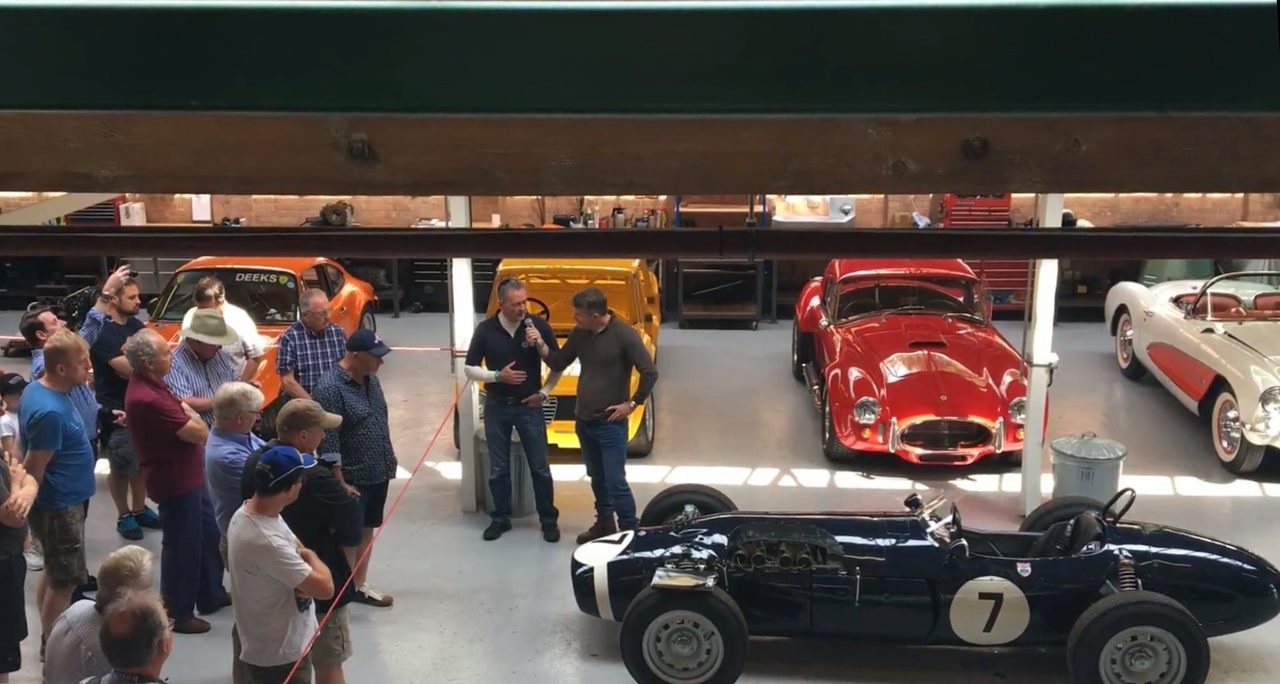 “It's been a while since the last blog; that's for sure. So much has happened, where to start? Well, let's deal with the facts: we've lost 2019 from a racing perspective. And this is how it happened”

Cue early 2019 - Haz, Mandela and I set sail for Belgium to collect and shakedown the ‘SC’. The Viking invested hundreds and hundreds of hours throughout 2018 building her, and I sunk in, (further), tens of thousands of ££, between us we imagined, (prayed), we would have a weapon with which to attack the front end of the ‘70′s Roadsports grid. Despite our best efforts, we were wrong.

Zolder’s historic Grand Prix circuit in Belgium was the venue for the ‘SC’ to break cover - with an ambitious plan to test at Donington Park on RMA’s test day the day after. That would be quite a schedule, even for a professional ‘works’ team. For us it was a continent too far.

We were on the back foot from the moment we arrived, due to my kamikaze planning when it came to ferry schedules; it was a sleepy ‘Drakar Kapp’ squad who loaded the car on the morning of the Zolder test, and the late start inspired us to shoot for just the, (very expensive), PM test session.

The car ran, but, understandably, this was it’s first time bursting into life since the rebuild - there were issues. Brakes, gears, misfire - to summarise. The track is very fast, and ‘old school’ impressive - not that I really learnt it, I had my hands full of shaking down the 9-1-1. And I didn’t do an especially great job.

From a driving perspective, I could’ve displayed more intelligence - the Viking instructed me, (strictly), to ‘take it steady’ - and for reason’s better known to anyone but me, I didn’t. On the very first lap out I couldn’t get the car slowed down enough - or get the correct gear hooked up for the chicane, and, unbelievably, I was rotating. Genius. And I did it several more times during the ten laps or so we ran. I probably don’t have the intelligence to be a racing driver. As I was slewing backwards, I certainly began to ponder that possibility…

It was damn tricky - the brake pedal was rock hard, but with zero feel until the brakes locked, (the recommended master cylinder - calliper ratio was suspect), plus gears refused to select cleanly, the ‘loaded’ gate would attempt to engage 2nd from 5th, instead of 4th, and the car gradually spluttered to a stop, (unbeknown to us, the brand new fuel pump was failing). All normal-ish things that happen when you’ve just fully rebuilt a car from scratch. But when she did run … the ‘SC’ felt pretty racey - very impressive.

Dwell on the positives - the fact the ‘SC’ ran AT ALL - and the balance from the chassis with the ‘KW’ suspension, it felt ‘tight’, and well sorted - straight out of the box. Experience - and subsequent brainstorming - now suggested we needed a dyno-run before the first track outing - expecting the 911 to run cleanly with zero issues was, singularly, unrealistic. Lesson learnt.

In the end, the fuel pump finished us completely for the day - the Viking valiantly went on a mission to find one and fit it, to keep us on course for the Donington test the day after. About 3.30-4 this was replaced, and the team loaded and made fast tracks for the 10PM Calais ferry. Which we subsequently missed …

Night drive from the port was hard going, and a, by now, grizzled - and sleep-deprived - team assembled in the AM for the ‘sprint’ up to Donington Park. Once again, we managed ten or so laps before the misfire ended play, tho’ the impact of the brake and gear issues meant I SHOULD really have parked the car after Zolder. It’s never a good move to let your hunger to drive overrule the engineering realities. Nevertheless the couple of occasions when I did manage to select 4th for the Old Hairpin showed a glimpse of what this race car can be in the future - damn fast.

It’s taken me a while to take this reality check - I’m not planning on even entering another race until this car is fully sorted and lapping competitively, it’s the way I would’ve done it during my ‘modern’ career, and its the way I’m going to do it going forward in my ‘classic’ ‘career’, (sic). I owe this to the Viking, my team and myself.

Exhausted, to a man, we trailered the car to its new home at ‘Classic Performance Engineering’ where it - and I - have lived ever since.

To address the gearbox issues, we elected to source a ‘new’ SC gearbox - not, these days, an easy thing to do. Firstly there aren’t any, and secondly the few that are out there, now cost a fortune. Thousands. For a crappy converted VW beetle box. That is ‘classic’ racing for you. We honed in on one in Belgium, I paid, and Stef., pulled out all the stops, fettled it, and brought it to England the day before a planned Silverstone test day. And this is where our season kind of unravelled for the second time. In splitting the engine and box, we drained the oil into a pan at ‘CPE’, and our collective blood ran cold. Pearlescent oil. Not good - disastrous, in-fact. We had reassembled and run the fresh engine for 20 laps with the same oil coolers and lines that had been fitted when the motor had suffered that catastrophic blow up in 2017. It simply hadn’t occurred to us in the maelstrom of trying to get the car finished - that is the truth of our current situation. We took the crime scene evidence into CPE’s engine shop for the CPE ‘engine-meister’ ‘Mick’ to practice CPR on the oil filter. It was filled with shrapnel. Game’s up boys - she has to come apart again.

No Silverstone test, no money left to rebuild, no immediate prospects of anything. The drive back to Heathrow to drop the Viking off was long and hard, to find a future - or humour - in all of this was difficult, to say the least. But we will.

Classic Performance Engineering had been brilliant up to this point with their unstinting support, but here we moved the relationship up a gear. I stepped in to host the ‘Sunday Scrambles’, and CPE transported the motor back to Stef. in Belgium.

Which is where it has been ever since, the long-suffering Viking has steadily been going through the rebuild process - again - and I have been earning the ££ to pay for the parts. And now the engine is ready to be collected and returned to the race team shop, CPE are going to step in and fit it, and our team plan is to get out testing before the 2019 season comes to a close. In preparation for the season of our racing lives, 2020.

From a ‘working’ point of view, after a slow start, it has actually turned into an epic year for me - take the racing tour out of the equation and I have no complaints. I’ve been training the Nissan Nismo Performance dealers in the art of the 2019 GT-R, delivering ‘Present to Win’ for the Henry Ford Academy, then  Master Trainer for the new Nissan Juke launch, presenting the Goodwood Member’s Meeting for Woodham Mortimer, the Silverstone F1 Grand Prix for Corinthian Sports and the Silverstone Classic for Goose. Brilliant shows and projects. But I want to race, that is why I work. To race.

Back to the HSCC schedule - we do have, of course, the ‘longblock’ engine, Well … ‘did’ … in the true spirit of this programme so far, the guy who sold it to me turned out to be just another conman - we sent the engine to my friend Phil Hindley’s crack ‘Tech9′ team to be stripped - and it is shite, scrap. It would never have run. Bastard. Karma will catch up with you.

It is interesting to me - I managed seventeen years of ‘modern’ racing pretty much without once been taken for a ride - in classic racing so far, I’ve experienced little else. Well, that is until I met Stef. the Viking, and Classic Performance Engineering, my luck’s just changed - and massively for the better.

CPE are the team I would’ve like to have assembled myself; fantastic guys, professional, knowledgable - and very helpful. They are the next part of this story - without the Viking, we wouldn’t have got this far. Stef. and I have to work with people of this quality - and that is exactly what we are going to do moving forward.

In-fact, it is THE ONLY way forward - after five/six years of attempting to get the project finished, and ‘race-ready’, it’s now time to move things up a gear.

Lots of decisions to take, lot’s of money to find for 2020 - but it’s crystal clear to me now. It has to happen in 2020. That is MY key decision. I have to firmly ‘time limit’ this programme, for all kinds of reasons - principally I will never again be as fit and hungry again as I am today. That’s just physiology.

Plus, none of us know how long we have left on the planet.

That is purely reality - and I know it.